Published in the newspaper La Razon from Lima-Peru, November 2, 2010 the whip of RUFUS country of Artigas, Benedetti, Onetti and Zitarrosa, which Peruvians must look like example Uruguay, one of the best countries in the world to live together with Finland, Norway, Australia, Iceland and Canada by Ricardo Sanchez-serra * I was very pleased the news that Uruguay was rated as the best country in Latin America to live. I was in Colonia and Montevideo some years ago and its people seemed phenomenal, cultured, polite and very welcoming. Despite the little time I spent as a tourist I was pleasantly impressed. I went in ferro (ship bus) of Buenos Aires to Colonia del Sacramento, a city of wood – with a beautiful and enviable scenery – founded by the Portuguese in 1680 and declared historical patrimony of humanity. It has many historical monuments, lovely streets and places that take us back to the past.

It is a captivating place, as well as the old town, in Montevideo, with its beautiful colonial houses and emblematic door of the Citadel, the Sarandi Street, among others. Remember, also, independence square, the tours by the Av. 18 de Julio, la Rambla and the Centenario Stadium, declared by FIFA as a historical monument of the world football. Punta del Este missed me (I went in winter) and other places. We can not ignore its gastronomy, roast, the Milanese, the chivito, the pancho, empanadas, etc. But, essential, is its people, its optimism, joy, conservatism, service, and that greatly values the safety and friendship. Uruguay is not a country of great territorial extension, only has about 176 thousand km2 (slightly larger than the regions of Ucayali and Cuzco joints) and three and and a half million inhabitants, so it has a more integrated society, where is valued much the person and is not one number in the countries of large dimensions and different idiosyncrasies. 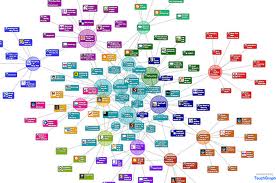