Then, we calculate the velocity of a point in a state of “rest”: Now, when calculating the forces we will have additional terms: where – the dependence of momentum on the speed – we are interested only version of speed change in magnitude (see Landau and Lifshitz “Classical Theory of Fields” section: ” and momentum), then Then, where (it’s from the same source), and – the time derivative of the formula of addition of velocities. Where the expression for the force (from the same source), a change in velocity value (I will not repeat it). If you take two electrically neutral body and consisting (as we know) of the positive and negative particles. The electrical interaction force between particles of the body and the body is described by a particle (force without considering the recession and the Heisenberg uncertainty). The total force of the impact of all forces f body on one particle is zero. Material point can move as fast, but just as likely to be moving and with speed. Averaging the power of these two velocities will give a residual force. Now let us consider – for speed and equally:

Take a positive direction for and – in the direction of removal, and find the average force: (1) – in this formula – the absolute values, it is clear that, as in the formula line input. This means that the effect on a charged particle two totally electrically neutral particles are not fully compensated. (1) – the residual formula force directed always to approach, much less electric power. Residual force – that force of gravity, which arose due to electrical forces. In fact, this mini unified field theory. This theory is not rejects relativity, because Coulomb’s law does not reject Maxwell’s equations. I want to note: if you take a small scattering of material points, then it can contribute to the explanation of the redshift. Though maybe not significant. References: 1) ld Landau and em Lifshits, “Field Theory”, Moscow home edition physical and mathematical literature, 1967., 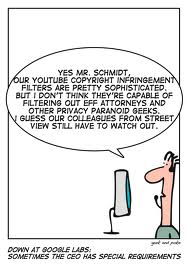